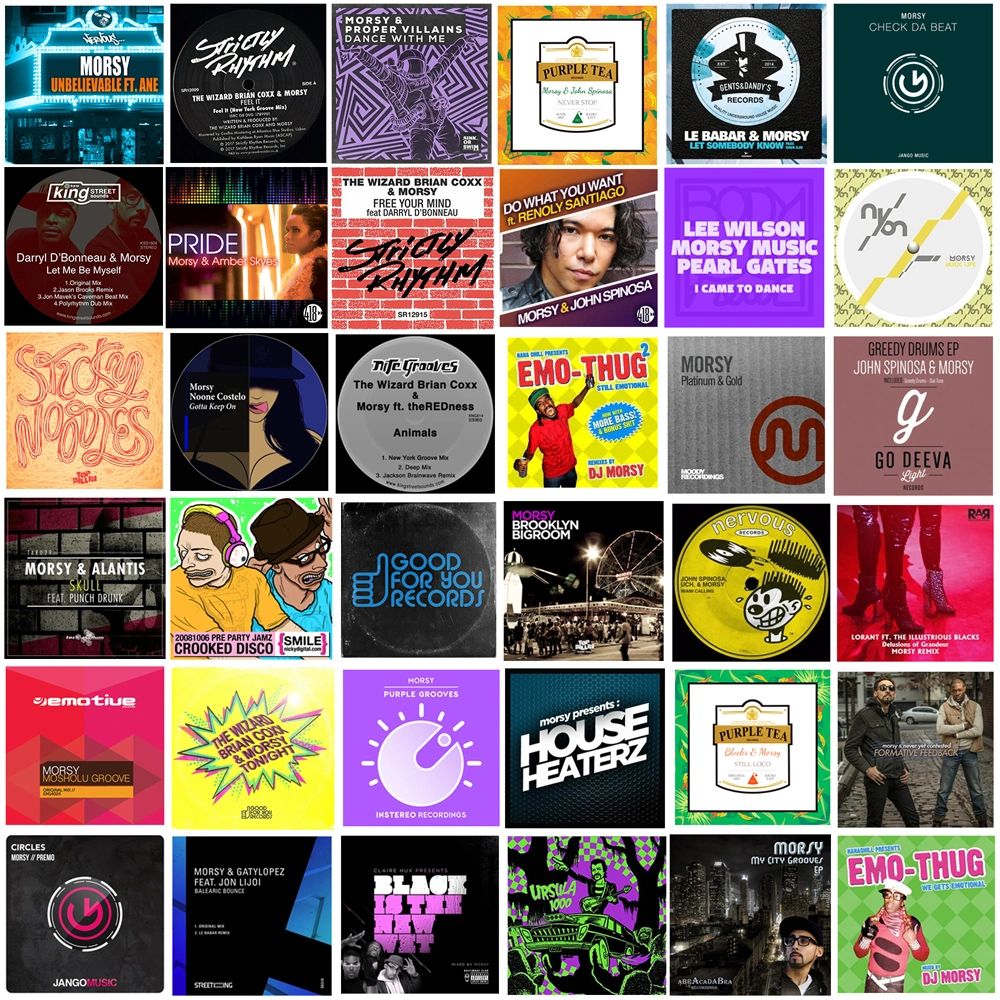 Morsy is a Billboard charting music producer, audio engineer and professional DJ with a long list of music releases from some of the world’s most popular dance labels. Born and raised in New York City, Morsy has experienced first hand some of the best music influences the world has to offer. For almost 20 years he has performed across the globe at many underground raves, nightclubs and outdoor festivals. He has worked his way up to perform with all the top acts including legends Todd Terry, Moby, DJ AM, Steve Aoki, John Legend and Camila Cabello, and has been featured in Rolling Stone, Details and Esquire Magazine.

Morsy's early days in the music industry began in 2003 as an intern at Def Jam Records, promoting world renowned artists like Jay-Z, Kanye West, Rihanna and Ludacris. Surrounded by all this amazing music, Morsy decided it was time to create his own. Now with over 15 years of production and audio engineering experience, Morsy has learned the secret tricks and techniques to producing great dance music.

Since 2006, Morsy has acquired a large catalog of music releases with legendary record labels such as Strictly Rhythm, Nervous Records, King Street Sounds & 418 Music. In 2018 he received his first Billboard Dance Top 20 charting record for the song “Pride feat Amber Skyes,” and was also listed as Billboard’s #5 “Breakout Artist.”

Aside from producing his own music, Morsy also enjoys creating remixes, mixing down podcasts and helping clients with their music production at his home studio in the Bronx. For help on your next project please contact: info@morsymusic.com